Ayubowan! - "May you be blessed with Long Life…"

The Sinhalese traditional way of greeting is by saying 'Ayubowan!' It means much more than "Welcome" since it translates into a fervent wish: "May you have long life!" Someone saying "Ayubowan" does so with the palms of both hands touching together at chest height as if in prayer. The same gesture accompanies the word "Vanakkam" which is the equivalent greeting in Tamil.

SOME TIPS FOR TOURISTS

No need to go VISA centres to apply travel VISA for Sri Lanka. Now SL government offering online VISA process to make easeir the VISA process. The ETA system is introduced with the intention of providing an efficient, reliable and simplified service to those who visit Sri Lanka and is a preliminary authorization for them to enter in to Sri Lanka. The ETA is initially limited to 30 days validity from the date of arrival although it may be extended for up to six (06) months. Once you completed the visa apply process with online payment,you will receive official email from Sri Lanka immigration office with all the detailed attachment.

Cleanliness and modesty are appreciated even in informal situations. Nudity and topless bathing are prohibited and subject to heavy fines. Display of intimacy is not suitable in public and will probably draw unwanted attention.

To avoid causing offence or inviting harassment, there are simple precautions that women should take, since what a women might wear in her home country could be regarded as provocative in Sri Lanka. Thus loose-fitting, non-see=through clothes covering the shoulders, and skirts, dresses or shorts that are at least knee length should be worn, and are sensible for protection from sun too.

Use your right hand for giving, taking, eating or shaking hands as the left hand is considered to be unclean. Do not shake hands with a Buddhists Monk or Hindu Swami. Greet them with your hands clasped together as if a prayer and raising them to your forehead bending slightly forward. When Handling objects to another person, using right hand or both hands would be appreciated by the receiver. 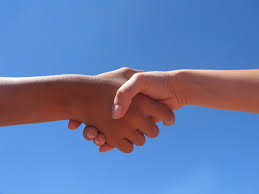 Smoking is prohibited in public places.Please observe non-smoking rules.Smoking is permitted in some enclosed spaces (like bars) but if in doubt, ask before lighting up

In conversation Sri Lankans may ask questions that a foreigner would regard as being too personal. This is simply reflects the emphasis Sri Lankans place on family life.

Do not attempt to shake hands or be photographed with Buddhist monks or to pose for photos with statues of Buddha or other deities and paintings.

Sri Lankans are happy to pose for photographs but it is polite to ask for permission first. Street entertainers like snake charmers would expect a fee for posing.

Sri Lanka is a year-round destination with two monsoon seasons, briefly between May and July in the south-west region and between December and January in the north-east. but an abundance of sunshine all year round. April is the driest and hottest month of the year.

So Sri Lanka has no off season. The average temperature is around 26°C - 30°C in most parts of the Island.

The temperature gradually drops as the land rises towards the hill country, with some parts of the highland as low as below 8°C. It is Important to keep in mind the weather doesn’t run like clockwork here, and we can always be surprised by the weather in Sri Lanka!

Sri Lanka is a year-round destination with two monsoon seasons,The peak high season is between November to March as many travelers prefer the warm sunshine and the golden beaches of Sri Lanka.
Apart from this period, the months of July & August could be also considered a peak
period in Kandy due to the famous “Esala Perahera” which is a must to see for all travelers.
May to August is the best time to visit the North and East.
Therefore, it is advisable to book in advance if you are planning a trip during this period.

Cotton clothes are the most ideal to wear in a tropical country like Sri lanka. If you plan to spend some time in the hill country, you will need a sweater.

If you are visiting the cultural and religious sites, it is a must that you wear appropriate clothing. Gents are required to wear trousers to cover their knees or a “sarong” with a shirt or T-shirt. Ladies should ideally wear decent attire such as a trouser or a skirt to cover the knees and a blouse or t-shirt.

It is not recommended for ladies to wear deep necked or a sleeveless top. bathing suits are a must if you are using swimming pools and standard beach attire for visiting the beaches.

An insurance policy to cover theft, loss and medical issues is a must. If you wish, you may also check out cover for activities such as diving, white water rafting, cycling and abseiling etc.

If you wish, you may also check out cover for activities such as diving, white water rafting, cycling and abseiling etc.

The Sri Lankan Rupee (Rs) is made up for 100 cents but you’ll rarely see cents as most coins are of Rs10, 5, 2 and 1 in value. Currency notes in circulation are in denominations of RS.5000, 2000, 1000, 500, 100, 50, 20 and 10. As new notes are being phased in replacing two older versions, you will find some notes of the same denomination come in three different colors. Watch carefully when you are handling currency to see that you don’t mistake a high denomination note for a lower one. Even Sri Lankans make that mistake.

Visitors bringing into Sri Lanka an excess of $10000 in any foreign currency should declare the amount to customs on arrival, to allow that much to be taken out again. Keep exchange receipts so you can easily exchange excess rupees back into foreign currency on departure.

Banking Hours: All banks in the country open for the public from 0900hrs to 1300hrs from Monday to Friday, but some banks have extended their opening hours until 1500hrs and are also open on Saturday as well as most of banks metro branches 365 days open. There are ATMs for obtaining cash with credit or debit cards in every town; look for the sign equivalent to the one on your card. Some ATMs do not return the card until after the transaction is completed, so don’t pocket the cash and leave without collecting your card.